The 100 Most Nutritional Foods In The World!

What is the difference between nutritious and nutrional?
Nobody really cares - what's more important is which foods gives you more bang for your buck!
After analysing more than 1,000 raw foods, researchers ranked the ingredients that provide the best balance of your daily nutritional requirements – and they found a few surprises. Here are the 100 most nutritional foods in the world!

As many countries urge populations to stay at home, many of us are paying more attention to our diets and how the food we eat can support our health. To help sort out the fact from the fiction, here is a list originally published by BBC Future on some of the most nutrional foods in the world.

Imagine the ideal food. One that contains all the nutrients necessary to meet, but not exceed, our daily nutrient demands. If such a food existed, consuming it, without eating any other, would provide the optimal nutritional balance for our body.

Such a food does not exist. But we can do the next best thing.

The key is to eat a balance of highly nutritional foods, that when consumed together, do not contain too much of any one nutrient, to avoid exceeding daily recommended amounts. That's especially important when we are thrown out of our usual routines, as so many have been with enforced isolation during the current pandemic.

Scientists studied more than 1,000 foods, assigning each a nutritional score. The higher the score, the more likely each food would meet, but not exceed your daily nutritional needs, when eaten in combination with others.

Calculated and ranked by scientists, these are the 100 most nutritious foods:

Please note: a few of the foods listed are endangered species, which we would not recommend. We would advise researching the provenance of all ingredients if buying them yourself.

A bright orange tuber, sweet potatoes are only distantly related to potatoes. They are rich in beta-carotene.

Figs have been cultivated since ancient times. Eaten fresh or dried, they are rich in the mineral manganese.

Ginger contains high levels of antioxidants. In medicine, it is used as a digestive stimulant and to treat colds.

Pumpkins are rich in yellow and orange pigments. Especially xanthophyll esters and beta-carotene.

Used in folk medicine and as a vegetable, studies suggest burdock can aid fat loss and limit inflammation.

A type of cabbage. Brussels sprouts originated in Brussels in the 1500s. They are rich in calcium and vitamin C.

Broccoli heads consist of immature flower buds and stems. US consumption has risen five-fold in 50 years.

The water chestnut is not a nut at all, but an aquatic vegetable that grows in mud underwater within marshes.

One of the foods richest in glutathione, an antioxidant that protects cells from toxins including free radicals. 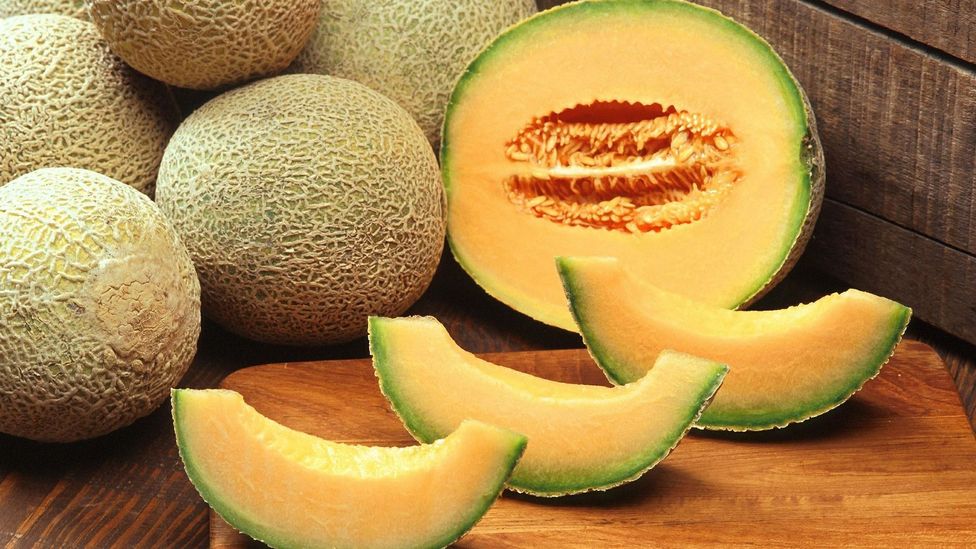 Dried plums are very rich in health-promoting nutrients such as antioxidants and anthocyanins.

Carrots first appeared in Afghanistan 1,100 years ago. Orange carrots were grown in Europe in the 1500s.

Unlike summer squashes, winter squashes are eaten in the mature fruit stage. The hard rind is usually not eaten.

The same species as other peppers. Carotenoid levels are 35 times higher in red jalapenos that have ripened.

Rhubarb is rich in minerals, vitamins, fibre and natural phytochemicals that have a role in maintaining health.

Their red and purple colour is produced by anthocyanins that have antioxidant and anti-inflammatory properties.

Most citrus fruits grown worldwide are oranges. In many varieties, acidity declines with fruit ripeness.

A high proportion of carp is protein, around 18%. Just under 6% is fat, and the fish contains zero sugar.

A variety of the species Cucurbita maxim. Tear-drop shaped, they are often cooked in lieu of pumpkins.

An unusual citrus fruit, kumquats lack a pith inside and their tender rind is not separate like an orange peel.

These fish are rich in long-chain fatty acids, such as omega-3s, that improve blood cholesterol levels.

Pregnant and lactating women are advised not to eat perch. Though nutritious, it may contain traces of mercury.

Evidence suggests lettuce was cultivated before 4500 BC. It contains almost no fat or sugar and is high in calcium.

Leeks are closely related to onions, shallots, chives and garlic. Their wild ancestor grows around the Mediterranean basin. 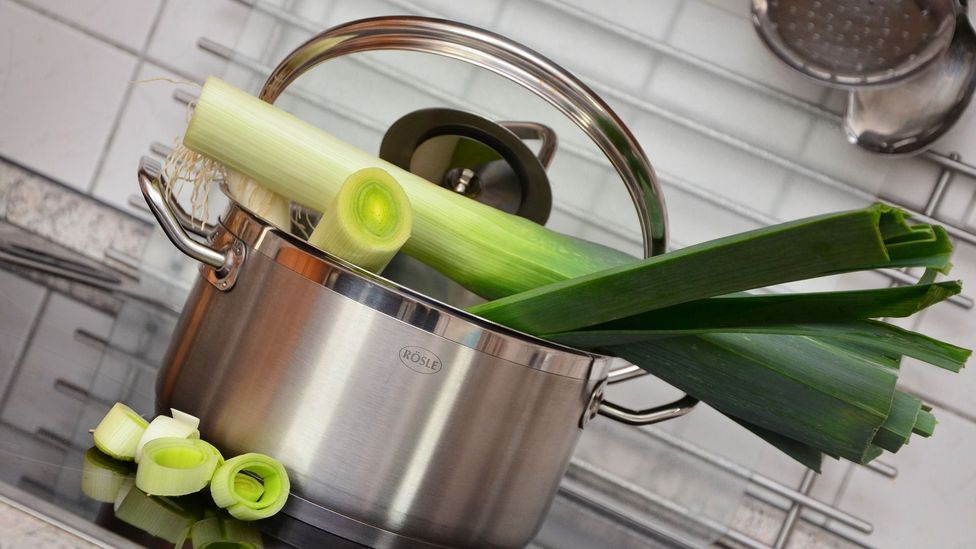 Powdered cayenne pepper is produced from a unique cultivar of the pepper species Capsicum annuum.

Kiwifruit are native to China. Missionaries took them to New Zealand in the early 1900s, where they were domesticated.

Kiwifruits are edible berries rich in potassium and magnesium. Some golden kiwifruits have a red centre.

Grapefruits (Citrus paradisi) originated in the West Indies as a hybrid of the larger pomelo fruit.

An oily fish, one serving can provide over 10 times more beneficial fatty acids than a serving of a lean fish such as cod.

Another oily fish, rich in cholesterol-lowering fatty acids. Canned salmon with bones is a source of calcium.

A salad leaf, known as rocket. High levels of glucosinolates protect against cancer and cardiovascular disease.

Though low in energy, chives are high in vitamins A and K. The green leaves contain a range of beneficial antioxidants.

Also extracted from the pepper species Capsicum annuum. A spice rich in ascorbic acid, an antioxidant.

A low-energy, nutrient-dense food that are an excellent source of folate, potassium and vitamins A, C and E.

Fruit that has not yet ripened or turned red. Consumption of tomatoes is associated with a decreased cancer risk.

The cultivated lettuce (Lactuca sativa) is related to wild lettuce (L. serriola), a common weed in the US.

Also known as butter beans, lima beans are high in carbohydrate, protein and manganese, while low in fat.

A good source of riboflavin (vitamin B2), though the skin mucus of eels can contain harmful marine toxins.

A large fish, rich in omega-3s. Pregnant women are advised to limit their intake, due to mercury contamination.

Harvested when immature, while the rind is still tender and edible. Its name refers to its short storage life.

Also known as haricot or pea beans. The fibre in navy beans has been correlated with the reduction of colon cancer.

Banana fruits with a variety of antioxidant, antimicrobial, hypoglycaemic and anti-diabetic properties. 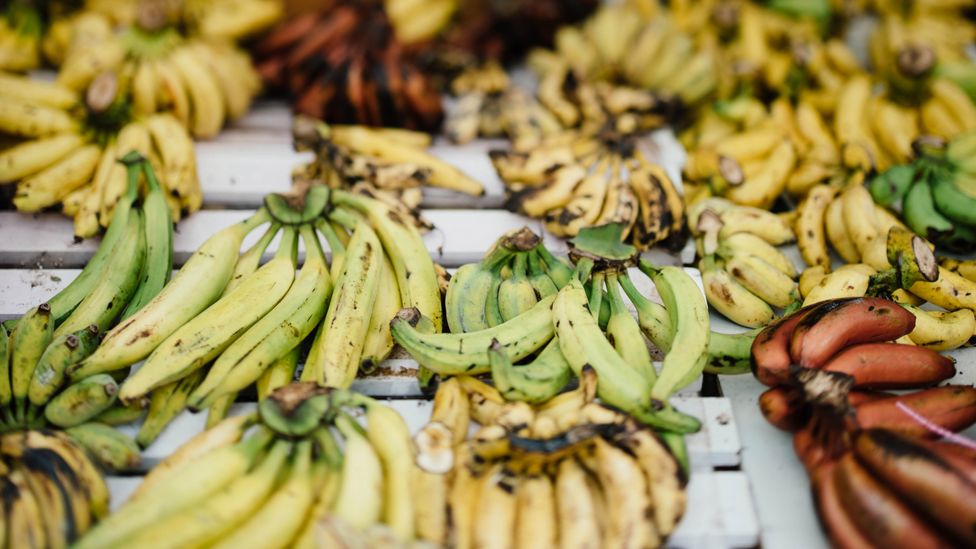 Plantain, a variety of banana fruit

Also called black-eyed peas. As with many legumes, high in carbohydrate, containing more protein than cereals.

Also known as butterhead lettuce, and including Boston and bib varieties. Few calories. Popular in Europe.

A raw, unprocessed and unfrozen variety of sour cherries (Prunus cerasus). Native to Europe and Asia.

Contains more minerals and vitamins (especially vitamin A, calcium, phosphorus and iron) than many salad crops. Spinach appears twice in the list (45 and 24) because the way it is prepared affects its nutritional value. Fresh spinach can lose nutritional value if stored at room temperature, and ranks lower than eating spinach that has been frozen, for instance.

A relative of celery, parsley was popular in Greek and Roman times. High levels of a range of beneficial minerals.

An Atlantic fish, among the top five most caught of all species. Rich in omega-3s, long-chain fatty acids.

A generic name for a number of related medium-sized oily fish species. Popular in the Mediterranean area.

The brassica Lepidium sativum, not to be confused with watercress Nasturtium officinale. High in iron.

A ’stone’ fruit relatively high in sugar, phytoestrogens and antioxidants, including the carotenoid beta-carotene.

Species of oily freshwater fish related to salmon. Common in the northern hemisphere. Rich in omega-3s.

Also known as cos lettuce, another variety of Lactuca sativa. The fresher the leaves, the more nutritious they are.

One of the oldest recorded spices. Contains sinigrin, a chemical thought to protect against inflammation.

Various species, but often referring to the North Atlantic fish Merlangius merlangus that is related to cod.

A leafy salad plant, rich in the minerals phosphorous, iron and calcium, and vitamins such as A and C. 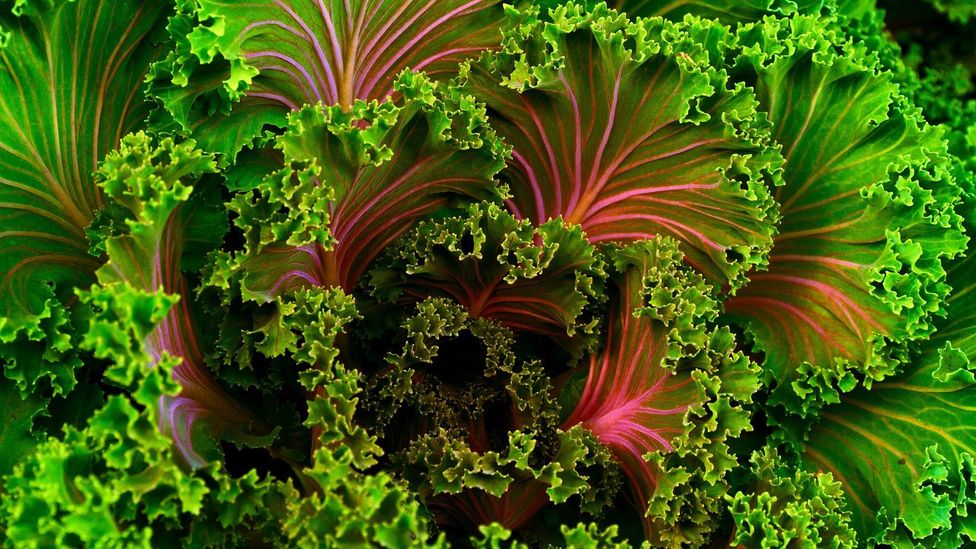 Kale - an excellent side dish

Not to be confused with broccoli. It has thinner stems and smaller flowers, and is related to turnips.

The pungent fruits of the Capsicum plant. Rich in capsaicinoid, carotenoid and ascorbic acid antioxidants.

Another salad leaf belonging to the Brassica genus of plants. A headless cabbage closely related to kale.

A spicy, sweet herb traditionally used to protect the heart. Thought to be an antifungal and antibacterial.

A source of phytochemicals such as vitamin C, E and A, as well as phenolic compounds and carotenoids.

A salad crop especially high in magnesium, folate, vitamin A and the carotenoids beta carotene and zeazanthin. Freezing spinach helps prevent the nutrients within from degrading, which is why frozen spinach ranks higher than fresh spinach (no 45).

The word dandelion means lion’s tooth. The leaves are an excellent source of vitamin A, vitamin C and calcium.

The red flesh of pink varieties is due to the accumulation of carotenoid and lycopene pigments.

A shellfish low in fat, high in protein, fatty acids, potassium and sodium.

Closely related to Atlantic cod. Its livers are a significant source of fish oil rich in fatty acids and vitamin D.

Rich in vitamins. Its wild cabbage ancestor was a seaside plant of European or Mediterranean origin.

Known as spring onions. High in copper, phosphorous and magnesium. One of the richest sources of vitamin K.

Also called walleye pollock, the species Gadus chalcogrammus is usually caught in the Bering Sea and Gulf of Alaska. A low fat content of less than 1%.

A fast freshwater predatory fish. Nutritious but pregnant women must avoid, due to mercury contamination.

An oblate orange citrus fruit. High in sugar and the carotenoid cryptoxanthin, a precursor to vitamin A.

Unique among vegetables, it grows in flowing water as a wild plant. Traditionally eaten to treat mineral deficiency.

Celery that is dried and flaked to use as a condiment. An important source of vitamins, minerals and amino acids.

Parsley that is dried and ground to use as a spice. High in boron, fluoride and calcium for healthy bones and teeth. 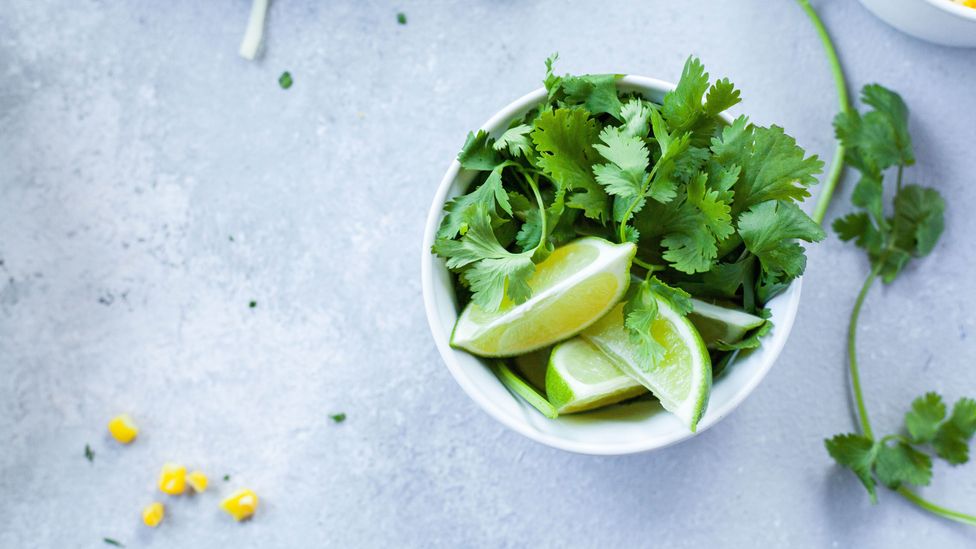 A family of mainly marine fish, with red snapper the best known. Nutritious but can carry dangerous toxins.

A good source of B vitamins and minerals. Pork fat is more unsaturated and healthier than lamb or beef fat.

A very rare dietary source of betalains, phytochemicals thought to have antioxidant and other health properties.

Including the seeds of other squashes. One of the richest plant-based sources of iron and manganese.

Sole and flounder species. Generally free from mercury and a good source of the essential nutrient vitamin B1.

Cherimoya fruit is fleshy and sweet with a white pulp. Rich in sugar and vitamins A, C, B1, B2 and potassium.

Rich in mono-unsaturated fatty acids. Promote cardiovascular health and may help with diabetes.

And there you have it!

That was quite a long list, so thanks for sticking to the end. If you'd like to get your hands on some of that ultra-nutritious item #1, then check out our fun-sized conveniently packed homecooked almonds for people on the go!

Food selection, ranking and cost based on the scientific study “Uncovering the Nutritional Landscape of Food”, published in the journal PLoS ONE. (Download the dataset).

Nutritional insights from The Encyclopaedia of Food and Health (2016), published by Elsevier Science.